Dimmers and LEDs: a Perfect Combination of Convenience and Efficiency

At present, one can frequently come across the word "dimmer" when dealing with lighting and illumination. So what does the word mean, when is a dimmer used and what for?

A dimmer is a device that allows you to change the brightness of various lamps, from CFLs (compact fluorescent lamps) to LEDs (light emitting diode lamps). This device is operated using a simple principle: limiting the current and, consequently, the power leads to changes in light brightness. This, in turn, allows the user to change the light intensity of different elements (lamps, lights, etc.). Dimmers have a long history of development and improvement. First dimmers were imperfect and uneconomical; they dissipated a significant amount of energy as heat or their dimensions were too big.

Modern dimmers are rather complex devices, which can generally not only adjust the light intensity, but also perform a variety of other functions, such as turning off lights with a timer or controlling lighting remotely. Dimmers are most often found in private apartments and houses, as well as in office buildings.

Although various types of lamps can support the dimming function, using dimmers in combination with LED technology is seen as most effective.

However, not all dimmers and LEDs are compatible. Compatibility depends on the driver, which is one of the most important parts of an LED-lamp. If the driver supports dimming, it reacts to the dimmer actions (e.g., when the user changes brightness with a remote control) by increasing or decreasing the current pulse duty factor. This is called pulse-width modulation or PWM. It is quite easy to distinguish between the lamps with different drivers, because each manufacturer indicates whether the lamp supports dimming function on the product packaging, in the manual or in the product description. 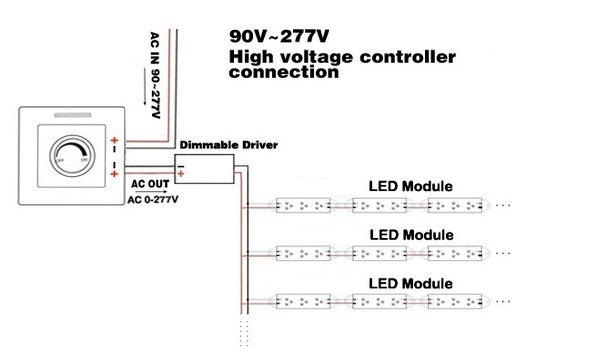 Based on control type dimmers can be as follows:

Rotary dimmer. The dimmer is controlled by turning the handle clockwise and counter-clockwise. The light turns on after the click that follows rotating the handle, and the initial brightness is around 10%.

Push button dimmer. Controlled by buttons. Usually there is also an all off button.

Touch dimmer. It is operated by touching the sensor panel. Often performs other functions. Equipped with a remote control unit or even a color screen.

Remote dimmer. It resembles a remote control of a conventional TV based on the mode of operation. The remote panel has smooth brightness control buttons and buttons for selecting the light source - 1, 2, 3, etc. - which, in turn, can be mechanical or sensor; it quite often has buttons with fixed brightness values: 25%, 50%, 75%, 100%. Since the dimmer is controlled by radio waves, it can adjust brightness at a distance, i.e., in different rooms or even outside.

Wi-Fi. The most modern dimmer type, which is very often used in "Smart Home” systems. The dimmer is controlled with a smartphone or a tablet via Wi-Fi, but the kit typically includes a remote touch control panel as well. 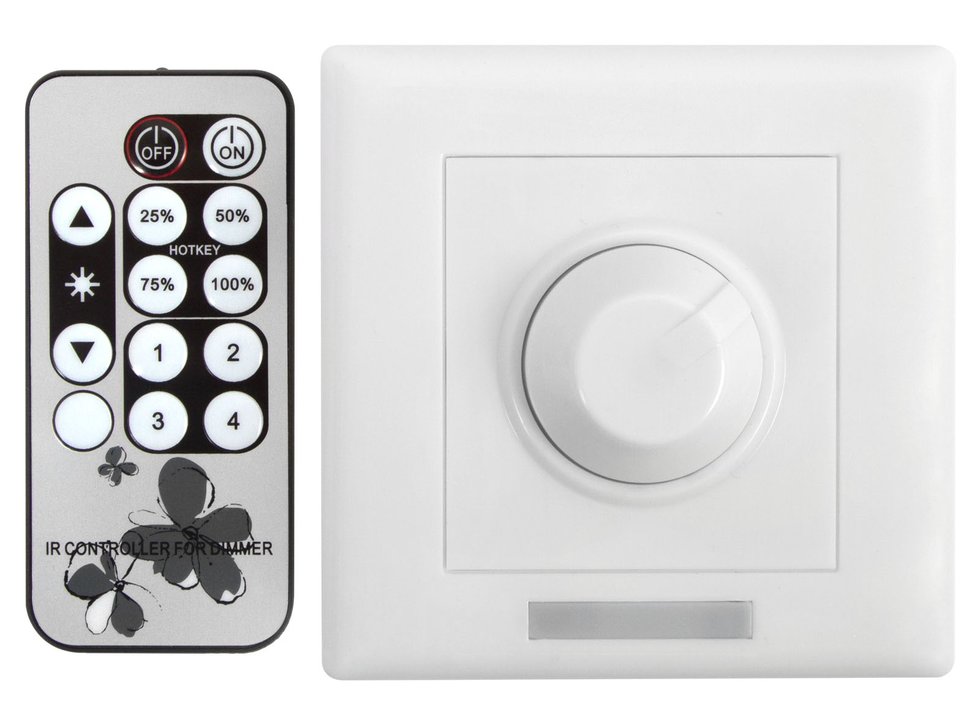 Advantages and Disadvantages of Using Dimmers

Main advantages of using dimmers are:

The sole disadvantage is the additional costs of equipping your premises with such devices, but they quickly pay for themselves because of the dimmer’s high efficiency and long operating life.

In fact, combining dimming technology with LED lighting brings many advantages with virtually no disadvantages. Our online store offers a wide range of dimmers and LED lamps, among which you will find exactly what you need to guarantee high quality, convenient, and efficient lighting in your apartment, home or office.