In the complex process of repairing electronic devices a range of measuring equipment is required to perform it successfully. Most technicians easily deal with a multimeter; however, an oscilloscope is a more complex measuring tool. Here we will discuss some specific features of using oscilloscopes and give some explanations as to their applications.

What Is an Oscilloscope and How to Use It?

Oscilloscope is the second most irreplaceable device (first being a multimeter) in electronics. It represents an “upgraded” version of a voltmeter. However, apart from measuring certain voltages, it allows analyzing its form. You may use an oscilloscope to quickly trace the malfunction in the circuit and troubleshoot it.

The main part of a scope is its screen showing signal. The signal image on the scope screen is called an oscillogram. The display area is divided into cells. The data reading is conducted as follows: the number of vertical cells from the upper to the lower pulse end corresponds to the measured signal voltage. The horizontal cells represent the time parameter. When you know the time period of one pulse oscillation, you may easily calculate its frequency. You do not need to count cells and parameter values, as modern oscilloscopes may automatically measure the signal parameters and display the required values on the screen.

Depending on the model an oscilloscope may be equipped with one, two or more signal input channels, allowing you to analyze several signals simultaneously and compare them with each other. In the most simple case the scope has one active (signal) probe and one ground probe.

When the probes are not connected to a signal source, the scope screen will show a so called horizontal “zero line”. It means we have 0 Volts on the input. If you connect the probes to, say, a battery – the line will go several cells up, the number of cells corresponding to the value of the voltage measured. However, if the active probe is connected to a positive, the line goes up, but if you change the probes it will go the same number of cells down.

Oscilloscopes — What Do We Need Them For?

The sphere of oscilloscope application is extremely wide. The possibility to see the performance of the electrical signal may considerably speed up the diagnostics and consequently the repair of almost any device.
Using an oscilloscope you may:

You will spend some time finding out the reasons for the circuit breakdown using a multimeter, while it will take minutes to do the same with an oscilloscope. Besides, some malfunctions may be diagnosed only using an oscilloscope. For instance, you can not succeed without a scope when the circuit operation failures occur under the combination of certain conditions. Such a problem often rises during the service operations in a car repair centers: if the engine is malfunctioning on reaching a certain number of rotations and lasts for a short period of time, you can’t troubleshoot the failure without an oscilloscope.

An oscilloscope preforms more than a million measurements per second, so it will detect the most short-run failures.

The main office and the research & development center of the company are located in Beijing, the capital of the People's Republic of China (800,000 square feet campus). Besides, in May 2014 they launched a new state-of-the-art manufacturing and engineering campus in Suzhou (440,000 square feet manufacturing facility). RIGOL Technologies also has branches in Shanghai and Taipei (China), Tokyo (Japan), Portland (USA), and Munich (Germany). RIGOL has 10 sales offices in China and more than 150 of its distributors or representatives offer products and services in over 80 countries and regions worldwide. RIGOL currently employs more than 500 people in R&D, sales, and management staff. 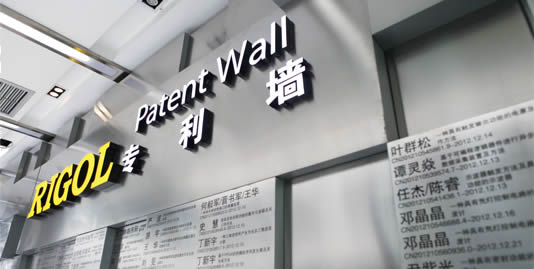 RIGOL Trademark has been registered in China, the United States, Japan, and Madrid System member countries, etc. – totally over 90 countries and regions worldwide. RIGOL has gained international patents and computer operating system software copyrights for its developments. The company has applied for more than 500 patents, most of them were granted. 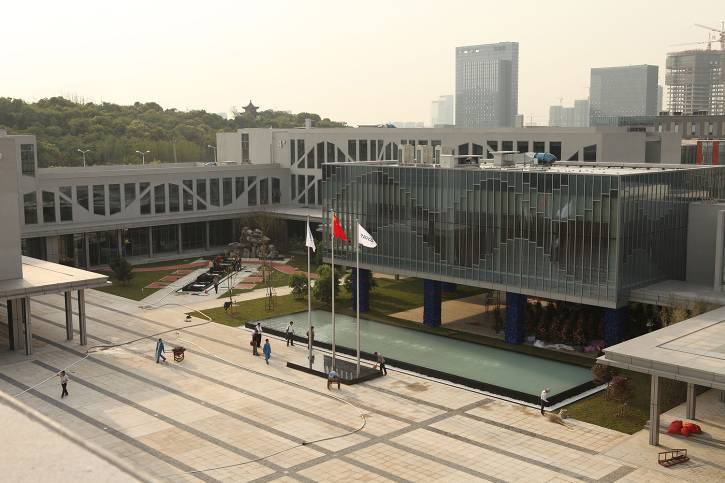 During the recent years digital oscilloscopy has undergone a new stage of modernization. While the low-end segment remains rather stable, the middle-end and top-end class oscilloscopes tend to widen the range with models that had no analogues till now. Meanwhile, some models with most advanced characteristics at the time they were released, now took their place among middle class products.

The use of a logic analyzer in the scope has started a new approach to the capabilities of a modern oscilloscope. That is how a new oscilloscope type appeared – it is called a Mixed Signal Oscilloscope. Apart from analog inputs, this kind of scopes has digital inputs allowing you to display the logic level diagrams in a common time grid from several digital channels at once. Previously, a separate device called a Logic Analyzer could perform this task, but it is not needed any more.

The recent years have brought new results of continuous R&D performed by the RIGOL team. One of the successful examples is a modern Digital Oscilloscope Series – RIGOL DS1000Z. These are new affordable devices designed to meet the most of user’s applications. This 4-channel series is characterized by its innovative technology, industry leading specifications, powerful trigger functions and broad analysis capabilities. The DS1000Z series includes 50 MHz, 70 MHz or 100 MHz versions. All models are equipped with a 7-inch display. One more advantage is a RIGOL's UltraVision technology for advanced operation. Together with the optional analysis, decoding, deep memory, and integrated 2-channel waveform generator (DS1000Z-S models only) you get a powerful 4-channel scope at an exceptional price.

Along with the previous series RIGOL released one more similar scope model line - the MSO1000Z Series. These mixed signal oscilloscopes come in 70 or 100 MHz versions only. Apart from 4 analog channels they are empowered with 16 digital channels for Mixed Signal analysis. The manufacturer has implemented a better operation algorithm in these devices than in RIGOL DS1000D series. One more advantage of these models is that they have a built-in digital signal decoder.

Recently RIGOL Technologies, Inc. have released another interesting series of oscilloscopes – DS2000A. These digital oscilloscopes offer bandwidths up to 300 MHz and a high sample rate, long record length, wide vertical range, low noise floor for better signal fidelity and much more. Models of the series are available with a built-in 25 MHz 2-channel generator. It saves both equipment costs and desktop space by eliminating the need for an additional signal generator.

The top end models are represented with a DS4000 series of oscilloscopes. This series is represented with dual- and four-channel models with a bandwidth from 100 MHz to 500 MHz. The rest of technical specifications are also of high level: up to 4 GSa/s sample rate, up to 140 million points memory depth, up to 110,000 waveforms per second waveform capture rate. Only the RIGOL DS6000 series oscilloscopes have better characteristics than these models.

One more addition to the 4000th series was the model line of mixed signal digital oscilloscopes with 16-channel logic analyzer.

Currently RIGOL has reached the limit of sampling rate – 5 GSa/s in RIGOL DS6000 series of oscilloscopes (DS6062, DS6064, DS6102, DS6104). This limit will not be greatly exceeded for some time due to the use of existing technologies. The same situation may be observed concerning the 1 GHz bandwidth. However, any time in the nearest future we may expect a new and more speedy platform to appear.

The abovementioned series is a top one in RIGOL oscilloscopes product range due to its considerably high parameters, notwithstanding that it was released a long time ago.

Some people still try to perform small repair works without special precise instrumentation, while service centers and repair workshops usually invest money and buy the required set of tools to achieve good results and maintain their reputation. If you are a professional in the electronics repair industry, you should have a reliable instrument that will help save your time and make your assessments more precise. That is the reason you should sooner or later come up to an obvious conclusion — you need to buy yourself an oscilloscope. It’s only up to you to decide which class and price category tool you need. However, it you seek for a fully-functional scope with all up-to-date capabilities and features, as well as with a very good quality-to-price ratio, you should definitely consider buying one of the RIGOL’s series oscilloscopes. These devices gained worldwide popularity and proved reliable.

Good luck with your measurements! 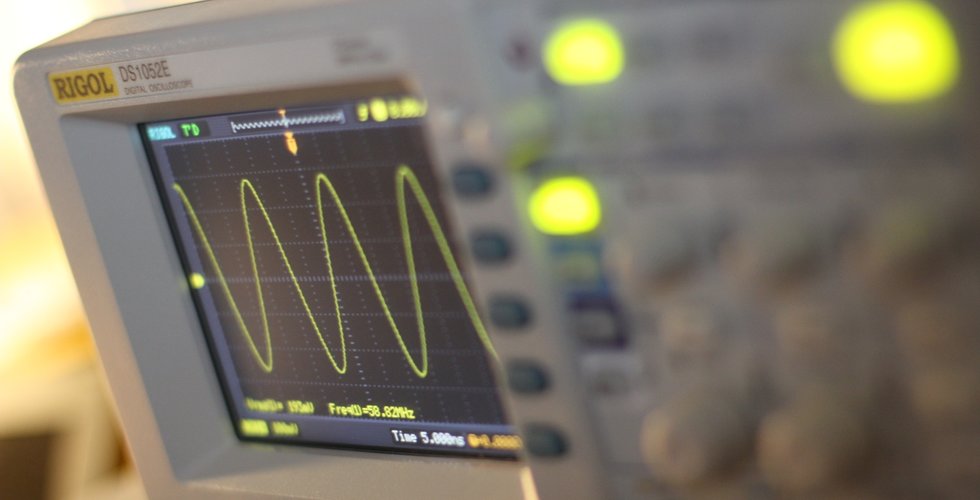